Have you ever been part of a group of relative strangers that achieved extraordinary levels of interpersonal trust in a very short time? Did it lead to levels of collaboration, openness, courage and learning that would have been impossible in any other group? I had this exact experience recently and it was so extraordinary that I had could not find the right words to label the phenomenon.

So I came up with a new term to describe it – generous intentionality. 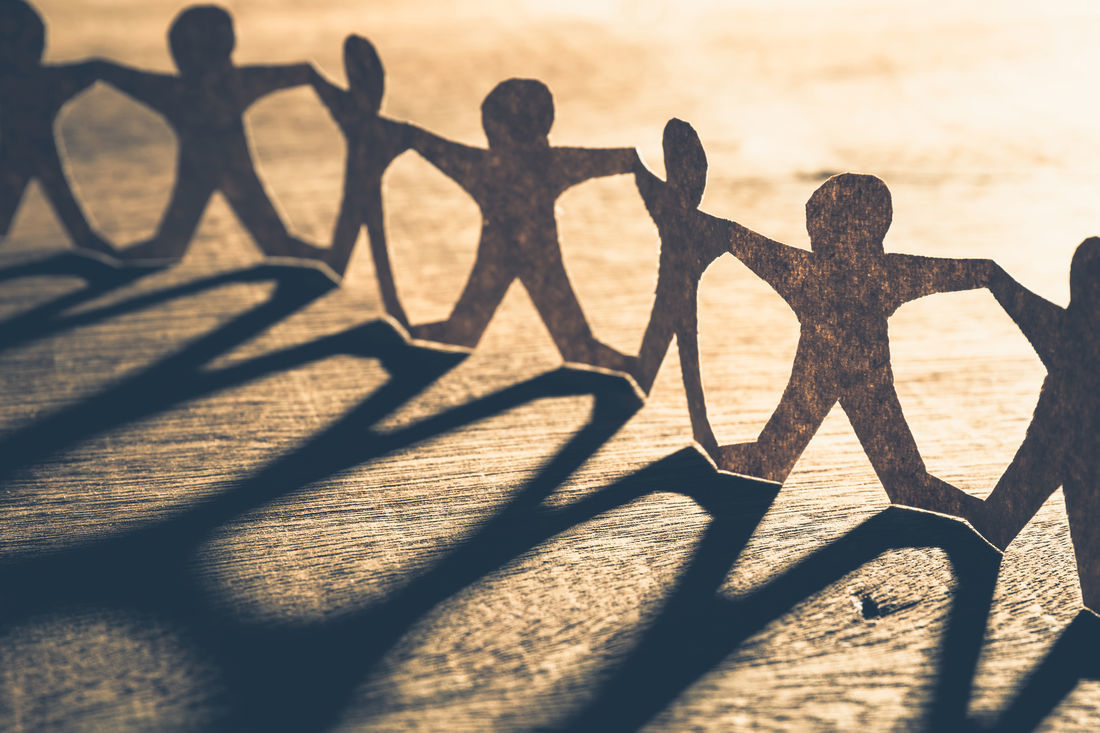 This remarkable experience resulted from attending a 3-day public speaking program hosted by Matt Church along with thirty or so other professionals. Later in the program we were given the opportunity to practice our craft in front of the rest of the entire group and receive feedback from the room afterwards – keeping in mind that presenting to your peers is a daunting prospect even for a seasoned professional. All of us suffer from nerves when we don’t feel completely competent in public settings, and as a consequence we play it safe. But not this group.

From the first person to stand in front of the group to the last, what was striking was the courage to try new things and vulnerability shown by the speakers, as well as the care and goodwill shown by the audience, even when giving tough feedback.  There was no question that there was an extraordinary level of trust in the room that allowed the speakers to extend themselves and push out beyond their normal boundaries, and at the same time allowed the group to bring their best to the work of supporting and coaching each other.

What I found most striking about it was that it amplified over time. The willingness of the speakers to put themselves out there authentically and courageously encouraged greater care and constructive support from the group, which encouraged more courageous authenticity from the speakers, leading to the audience creating an even stronger growth environment. A positive cycle of growth had been formed and it was snowballing.

At the time I recall making a quiet observation to myself that it was almost as if trust were a living thing in the room, with each person’s actions feeding, nurturing and cultivating it, allowing an extraordinary level of professional and personal growth.

It was so remarkable that when it came time for me to stand up in front of the group, it was clear what I wanted to speak about – this potent force called generous intentionality.

It’s not the first time that I’ve seen it though. As a team coach and leadership facilitator I have been lucky enough to observe generous intentionality and its effects in groups before. Fractured, siloed teams from large corporations becoming cohesive and connected. Hostile factions in national sporting codes coming together for a greater purpose that lifts everyone higher.  However it wasn’t until this recent experience on the speakership program that I realised fully what was allowing it to happen.

Generous Intentionality has two ingredients that work together to create a feedback loop.  When both parts are present, a positive generative trust loop is formed which lifts everyone higher. We could call this ascending spiral of positive reinforcing effects a ‘growth loop’. However, when one or both parts are absent a different type of circular spiralling loop is formed. This negative loop, characterised by an absence of trust, is what systems thinkers would refer to as a ‘doom loop’, one that pulls everyone down.

The first ingredient, the presumption of generous intentions, occurs when we choose to presume that others intentions towards us are good, rather than a hostile interpretation of intent.  With a more generous interpretation we let down our guard and are more likely to share what we truly think and feel, as well as become more open to listening and incorporating others views to enhance our understanding of the world.  When we choose to perceive others intentions as hostile we instead move into protective survival modes like fight flight and freeze which can lead to a lack of listening, openness or vulnerability - hardly the optimal conditions for collaboration, learning or genuine team work.

The second ingredient is conscious intentionality. It is the deliberate and conscious surfacing of your true intentions and then the alignment all of your decisions and actions behind that intention.  Sounds simple but it can be difficult to execute if you are subject to competing intentions, especially when you are not even aware of a conflict between intentions.  There’s a lot of evidence available through neuroscience and psychology that shows we can hold one conscious intention, and still be thwarted in acting on it because we simultaneously hold a competing non-conscious intention.  For more on this phenomenon see Harvard professor Timothy Wilsons book Stranger to Ourselves, or Lisa Lahey and Robert Keagans Immunity to Change, also of Harvard.  Whilst the science is more recent, we have been aware of the complexity and contradictions within ourselves for some time as evidenced by Walt Whitmans quip “Very well then, I contradict myself, I am large, I contain multitudes”.

As an example of conscious intentionality, I had to make a choice between competing intentions on the first morning of the public speaking workshop when we were asked to share how we were feeling with the person next to us.  In the moment of reflection before the exercise commenced I discerned a conflict in my intentions. On the one hand I was excited because I wanted to be a learner, not my usual role as teacher, and be open and receptive to all of the possible learning that would be available.  This included a conscious acceptance that I had much to learn and I would not be perfect when we got to the practice moment on day 3 - a thought that should have allowed me to feel more relaxed about participating.

On the other hand though, I noticed a slight almost imperceptible feeling of nervousness or anxiety, emanating from the pit of my stomach. What could explain it? Knowing my own fears and worries as the result of years of self-inquiry and development work, I recognised the faint signals of apprehension that I wouldn’t be perceived as an expert, or competent. My self-esteem and ego needs were still at play, not in my stream of conscious thought, but hovering just under the surface of my awareness, only making their presence known by a tight feeling in my gut, a natural human physiological response to threat. Unaddressed, this hidden competing intention to look smart and “have all the answers” may have gotten in the way of genuine learning.  What’s more, it would have likely diminished feelings of trust from others towards me – who wants to put themselves out there when there is an egotistical know-it-all in the room?

The recognition that I was experiencing a conflict in my intentions, conscious and non-conscious, provided me with an opportunity to choose. I decided to honour an open, trusting intention where I would leave my ego at the door. I’m glad that I did because it allowed me to be part of a bigger experience of collaboration and growth.

The power of generous intentionality

This experience has got me thinking about what our world might look like with more generous intentionality. I wonder what progress we could make with many of the challenges we are facing nationally and globally if we - and our appointed leaders - were able to apply even just a small amount of generous intentionality instead of the endless point scoring, hostility and divisiveness of the current debates that from any angle appear more like pitched ideological shouting matches.

But perhaps that’s too ambitious, too big. Perhaps it’s more practical and realistic to start on a more modest, personal scale. What if we all just started by individually bringing a bit more generous intentionality into our daily lives? I wonder how our workplaces, families and communities might look then? 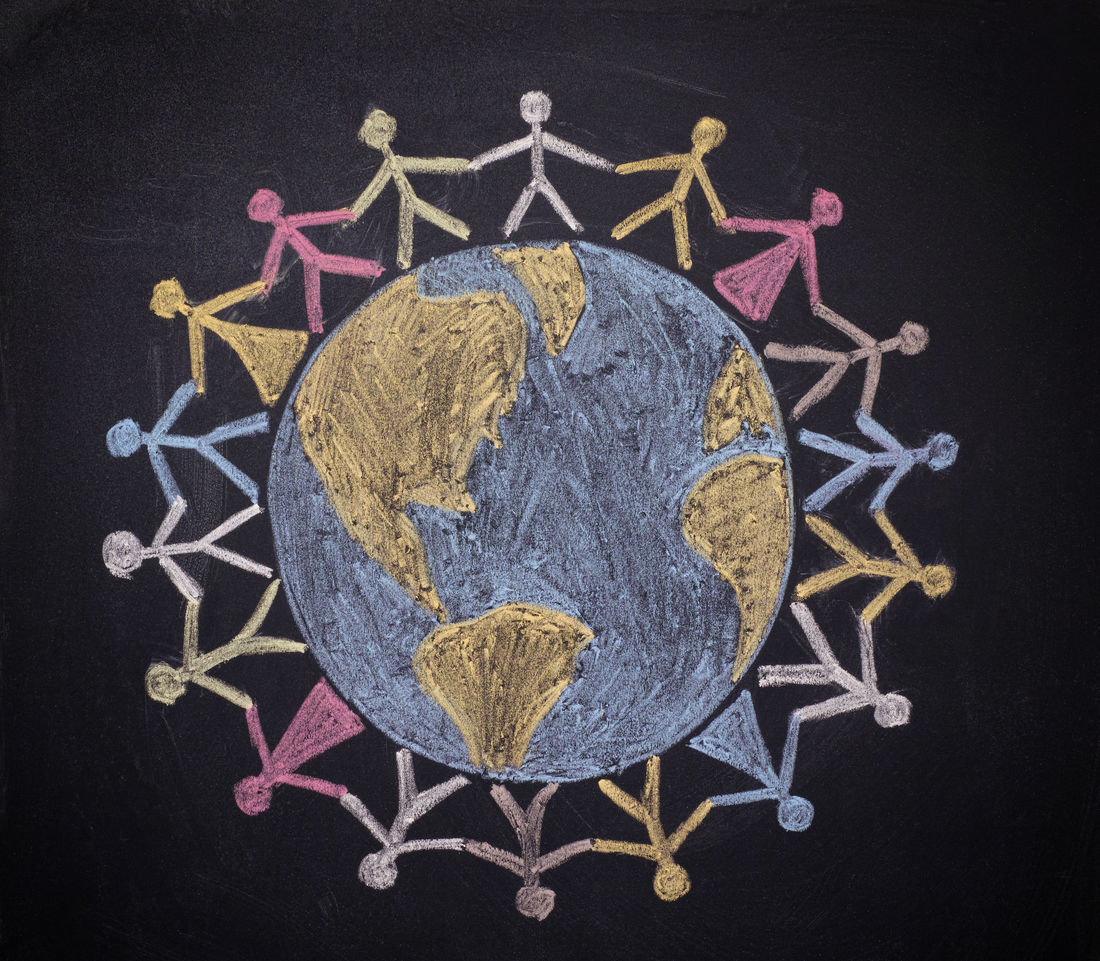