Are you adrift in a sea of behavior?

Two young clown fish are swimming side by side through a calm and tranquil tropical lagoon.  An elderly groper fish is swimming towards them in the opposite direction.  As they pass by, the elderly fish comments “beautiful water today!” to which the young fish respond with “sure is!”  As they swim away from the groper fish, one of the clown fish turns his head towards the other clown fish and with a puzzled look on his face asks “what’s water?”

A fish lives its entire life surrounded by water yet cannot explain what water is or the principals of hydrodynamics that allow it to move through it.

It is a similar story for birds.  A bird flying high in the sky probably does not wonder at the properties of air or marvel at the aerodynamics that has allowed it to master movement through the air.  Nor does it need to.

For many people the same is true of human behaviour. 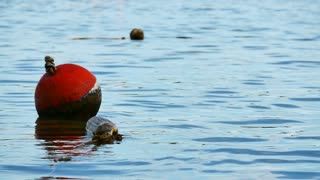 Interpersonal dynamics are incredibly powerful forces.  As social creatures we are constantly observing, evaluating and reacting to the behavior of others. Just as those same others are observing, evaluating and reacting to our behaviour.  Our boss smiles, we smile back.  Our partner scowls, we frown back. As if we are in an intimate and complex dance, twirling and turning around each other.

Most people spend their lives quite happily reacting to others behavior without thinking about it too deeply.  Afloat in a sea of human behavior they allow themselves to be carried in any direction by the current and flow of behavioural dynamics around them.

It reminds me of an observation made by Former Victorian police commissioner Christine Nixon.  One of the stories that she tells often (published in her book Fair Cop) comes from her experience at the World Swimming Championships in 2007.

On the first day there was an opening ceremony that involved each competing country having its name called out, and a float being placed in the pool with the country’s flag on it; There were all these floats just bobbing around the pool, that is all they were doing... just bobbing around.

The next day I went to watch the actual competition...and what a contrast! These athletes were so focused and targeted. They stood at one end of the pool with the sole purpose to win that race. When the starter’s gun went they just got to the other end of the pool in the most direct...way they could. I often reflect on...how many of us are just bobbing around …...

I too wonder how many of us are doing the same in this sea of human behavior.  Adrift and bobbing aimlessly or helplessly.  Being pushed and pulled endlessly by the current and tides of others actions. Even when we think we are not.